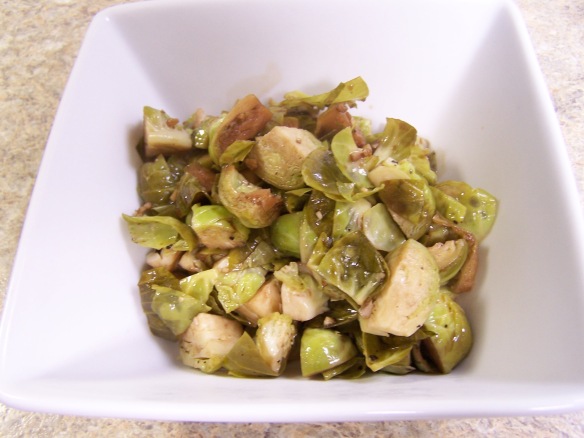 I know what you’re going to say, “I hate Brussels Sprouts”.  I know, I know, I haven’t always been a fan of them either.  But this recipe I’m absolutely certain will find its way on your table.  And, now that the weather is starting to cool, you will find Brussels Sprouts in abundance in the produce section.  It has nuclear levels of Vitamin C and Vitamin A and bunch of other stuff that sounds like it should be good for you.

This recipe comes courtesy of a friend of 40 years who once studied at the California Culinary and resides in the San Francisco area with his dear wife Cheryl, the one and only, Mr. Ed Doty (Queue: rock guitar music).

After washing, cut off stalk end and chop spouts into quarter chucks. 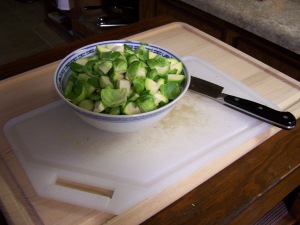 In a two quart pan on high heat get olive oil hot.  You will want to fry the Brussels sprouts for a couple of minutes.  When the oil is hot add the sprouts and turn several times coating the sprouts in oil. 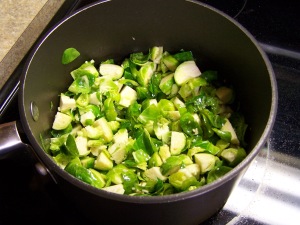 Add the garlic and stir.  Keep turning another minute or two, add the Balsamic and Worcestershire, salt and pepper, turn off heat and cover.  Let the sprouts now steam in the pot for about 8 minutes or so until al dente, serve as a side. 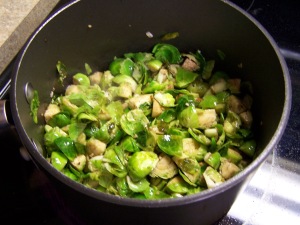 Can it be that easy?